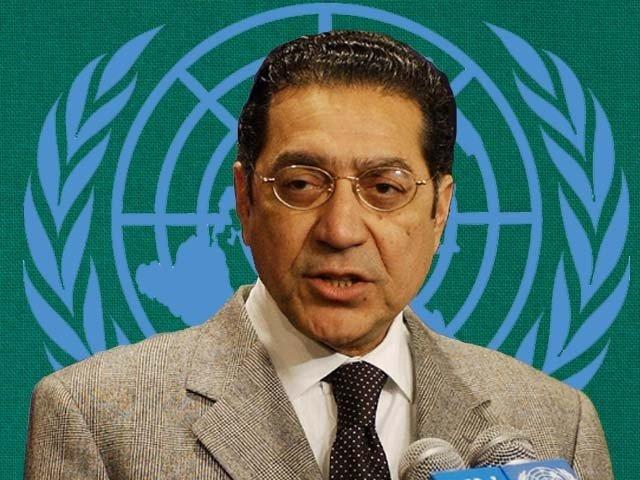 WAF argues that Akram’s appointment violates Section 14(1) of the Civil Servants Act 1973 which states, “A retired civil servant shall not be re-employed under the Federal Government, unless such re-employment is necessary in the public  interest and is made with the prior approval of the authority next above the appointing authority

” Given that Akram was no longer serving as a civil servant, this is indeed a valid point of contention

Now, naturally the question arises that if the government felt that Akram’s appointment was an absolute necessity and in the best public interest, why was the public not educated as to exactly what the pressing reasons for his reinstatement were? Perhaps the state felt that absolutely no one else could fulfill this role and was absolutely bereft of any options except for the 74-year-old

Or perhaps Akram’s return had already been negotiated at that point, thus making Akram’s write-up nothing more than a sycophantic puff piece – in public interest of course

Regardless of what made Akram’s return such a necessity, if anything, it is imperative that the state provides an adequate explanation in light of the Civil Servants Act 1973

However, as many will already know, this particular stipulation is not was has been the biggest cause for contention

In 2002, Akram was accused of domestic violence and for physically assaulting his then girlfriend Marijana Mihic, who, according to police reports, had a bruise on her head and minor injuries on her knees

The United States (US) had reportedly asked Pakistan to withdraw Akram’s diplomatic immunity, while the District Attorney’s office in New York did pursue the case before dropping it in February, 2003 and it was also reported that Mihic had since repudiated her initial claims

This very point was raised by WAF in its petition, which argued that, “In light of the accusation of domestic violence, it is requested of the honourable court to reflect on the impression this (appointment of Akram) creates in the global environment, and also the impression made of the standards of behaviour reflective of official representatives,” and “To ignore one claim, especially at a time when women’s rights movements are pushing for ‘Believe Her’, is to present a poor image of Pakistan, a Pakistan that does not uphold women’s rights or understands the complexities of domestic violence claims

” Now, it is important to reiterate here that Akram was neither tried for nor was he found guilty of domestic violence

However, the gravity of a domestic violence accusation cannot be overstated

A nation’s representative at the UN is supposed to represent the very best the nation has to offer, not just as a diplomat but also as an individual

Regardless of what one may think of Lodhi’s tenure as Pakistan’s permanent representative to the UN, she undeniably tried to embody an ethos which we as a nation could uphold as being representative of Pakistan

Furthermore, Akram’s alleged domestic violence will also provide fodder for those who wish to malign Pakistan’s image on the international front and are looking for ways to shovel dirt at our representatives at international forums

For instance, several Indian publications have already started referring to him as the “woman basher” and “diplo-basher,” – not exactly the kind of moniker you would want one of your most important diplomats to have

At a time when Pakistan needs all the international support is can muster, there is no need to have our efforts on the foreign policy front being weighed down by this additional baggage

Furthermore, the fact that Akram was able to receive this appointment helps serve the message to men in Pakistan that even if you are reported for having committed such acts, your career will not be impacted in the slightest and the government will also do its best protect you

Akram’s appointment is problematic to say the least, yet is unlikely that any court in the country will call for his removal on these grounds since adjudicating as to whether or not a diplomat is the right man for the job does not fall under their purview, unless there is a clear violation of Pakistani laws

While the Foreign Office has dismissed the allegations against him as nothing more than a “slander campaign,” the truth of the matter is that this could well damage Pakistan’s image in the international arena

However, regardless of whether the current petition is dismissed or not, it is important to ensure that we as a nation continue to hold our public servants accountable for their actions, even if the state does not