Why is lifting the ban on student unions important?

Home Blog Why is lifting the ban on student unions important? 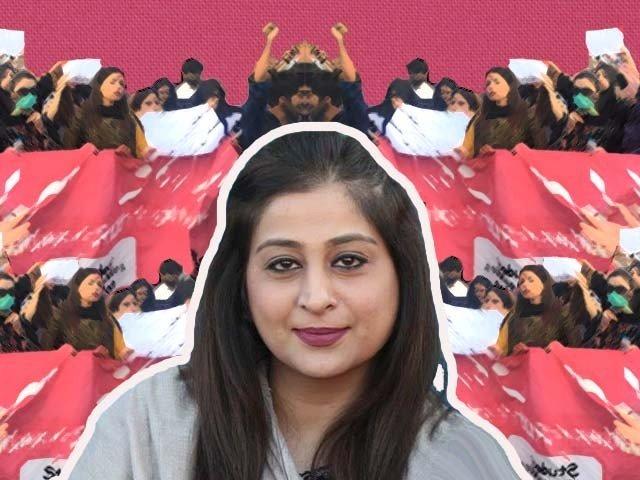 In Islamabad, students were protesting for their housing rights, students in Shaheed Benazir Bhutto University Nawabshah were injured by the police for demanding access to water and housing facilities, and demonstrations were also held to demand justice for a student who died after falling from the fourth floor of Bahria Univeristy, Islamabad

In light of these mounting concerns, the resolution presented in the Sindh Assembly which calls for a lifting of the ban on student unions in educational institutions in Sindh is a much needed development

Pakistan People’s Party (PPP) member Nida Khuhro tabelled the bill and stated that, “It is of utmost importance for the youth of Sindh to actively and meaningfully participate in the democratic, social, cultural and political processes of their country and of the province

” [caption id="attachment_90282" align="alignnone" width="450"] Photo: Twitter/ Nida Khuro[/caption] This resolution is hugely important since not only does it move towards providing students with a platform where they can gather, discuss and disseminate ideas which are of importance to them but it is also a step towards finally doing away with a remnant from the Ziaul Haq era which has continued to endure

Zia did away with student unions in 1984 because, “A 2008 discussion paper, Revival of Students’ Unions in Pakistan, prepared by the Pakistan Institute of Legislative Development and Transparency (PILDAT) states that in 1984, it was believed that the ban was prompted by reports of anti-government student organisations gaining strength

The paper states that the government feared a students’ movement, similar to the one that led to the ouster of President Ayub Khan in 1969

” However, although the passing of this bill could prove to be an important step, it is imperative to keep certain things in mind

Firstly, it is worth questioning why it took the PPP so long to get the ban on student unions lifted since in his address to the National Assembly in 2008 former prime minister Yousaf Raza Gilani stated that the restoration of student unions was part of his agenda

Despite having made those claims back then, neither Gilani nor the PPP were able to reverse the ban while Benazir Bhutto also tried to get the ban lifted during her tenure but had failed in doing so

Secondly, this failure to overturn the ban in Sindh for all these years seems all the more perplexing given that the PPP has long held a majority in the Sindh Assembly

Thirdly, the passing of this bill will be worthless if its proper implementation is not overseen

Fourthly, unfortunate cases of violence between student groups, which have erupted in the past, also need to be curbed and must not pass by unchecked

Often times the violence is a product of ethnic and political divisions, which is why it is imperative that universities are provided with clear rules and regulations with regards to the functioning of these unions

Perhaps the advice of Dr Pervez Hoodhboy about this can be helpful; he stated in 2015, “A healthier option would be to allow student unions with recognised leaders who could be held responsible in case there is violence or disrespect for the law

” Nonetheless, despite the delay and the above mentioned concerns, the resolution is an important step towards Pakistan ensuring that students are provided with a space where they can actively engage with the political and social issues which are of importance to them

It is vital that students are not dissuaded from becoming politicised, and it is also important that the formulation of student unions across the country is encouraged and that students do not shy away from raising a voice on a whole host of issues