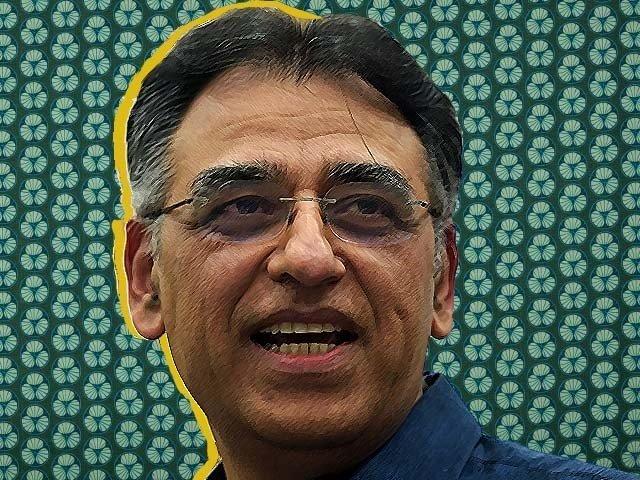 This brings us to our current point of discussion: why was Asad Umar removed from his position as finance minister and why has he been brought back as the minister for planning? If we are to briefly peruse through the list of incumbent Cabinet office bearers, one might see a possible piece of information which could shed light upon Umar’s current predicament

Imran’s promises of introducing new faces to the landscape of Pakistani politics has been limited to three or four people, at least as far as the Cabinet is concerned

Furthermore, the biggest problem the PTI government faced when it took office was not the issues plaguing Pakistan but rather the ticking time bomb of promises Imran had made and his insistence that he could remedy issues such as corruption and the economy in an impossible time-frame

With real economic issues unravelling before Umar once he took charge of the ministry, he must have definitely realised that the government has an uphill task ahead of them, which may well require more than just five years in power to accomplish

Given that Umar happens to be a straight forward ex-CEO, he would have painted this glum scenario for his boss, and one can assume that the message did not go down well

Imran didn’t want to go to international lending institutions, or so it seemed, and it was becoming evident that his financial magician did not possess the requisite spells needed to carry out the task at hand

So, at the brink of facing a political disaster too early in his tenure as prime minister, Imran asked Umar to step down

If the decision was taken without taking him into confidence, one could infer that he wasn’t part of the inner circle anymore

To see this as a parable – Umar is the civilian within the ‘family,’ the mafia family that is

For instance, in a recent video showing Imran and Navjot Singh Sidhu riding the train together in Kartarpur, a prominent PTI politician can be seen profusely congratulating the premier on his achievement

As a result, Imran now finds himself in a fix, where all his promises of a Naya Pakistan are drowning in the sea of problems plaguing old Pakistan

Surrounded by the remnants of his political enemies, he has no choice but to call back one of the few competent people he can rely upon

Given that Umar will probably work as diligently as he did when he headed the finance ministry, we should await his removal from the planning ministry somewhere around the mid of next year

Being the civilian that he is, Umar will have to end up paying more attention to his back than to the task at hand