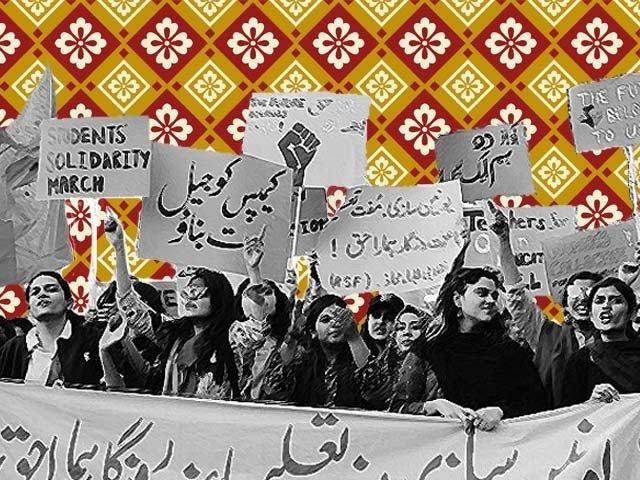 Furthermore, the fact that this letter was issued on the heels of the upcoming Student Solidarity March comes across as nothing more than a brazen attempt to muffle the voices of students and gag their ability to express their discontent

[caption id="attachment_91439" align="alignnone" width="433"] Photo: Twitter/ Ammar Rashid[/caption] Paradoxically, the notification calls for “all security formations/personnel” to take note of this development but fails to call attention to the fact that it was under the guise of ‘security and surveillance’ that students had fallen prey to being filmed on their campus via CCTV cameras

This insistence to constantly monitor and observe the activities of students is precisely what has resulted in a pervasive sense of suffocation and dread across university campuses in the country, especially for women

The desire to keep the ban on student unions intact and the constant attempt to keep university campuses a ‘politics free-zone’ will only serve to disenfranchise students, muzzling their ability to effectively engage with the political and social questions of their time

Undoubtedly, students must be given a formal way of voicing their grievances and influencing policy decisions

Instead of trying to fight this desire for change, perhaps Pakistan’s educational institutions should accept this emerging reality and help facilitate the demands of the students instead of trying to attack them by acting as an opposing force

A rigidity on their part will only fuel further grievances

However, it is erroneous to misconstrue political activities on campuses and the return of student unions as somehow being the result of a infiltration of Pakistan’s political parties onto university campuses

It is important to understand this distinction

The notifications issued by the governor’s secretariat in Balochistan only lends further credence to the demands of the Students Solidarity March, which is scheduled to take place on November 29th

Educational institutions have to come to terms with the fact that they will now be held accountable for their actions, and it is a fear of such a reprisal which has prompted these reactionary measures

Hence, if anyone was uncertain as to why the Students Solidarity March is so desperately needed, the ban on political activities in UoB serves as an important justification for the march