Why is the world embracing right wing politics?

Home Blog Why is the world embracing right wing politics? 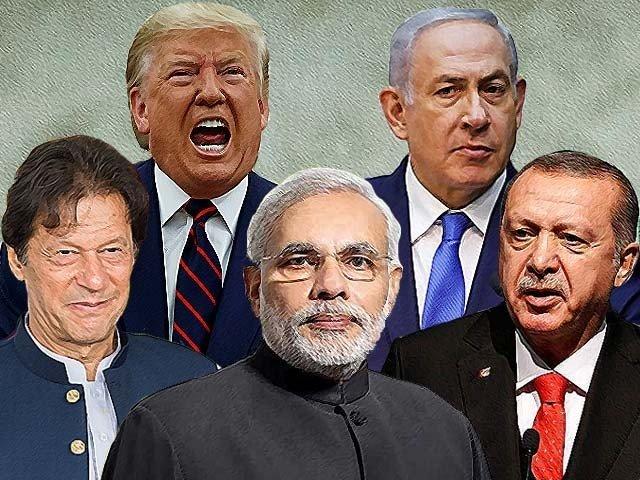 However, before we move on, it is important to define populism

’ Professor Bernt Hagtvet, a noted scholar in this field states its link with nationalism: “Right-wing groups tend to perceive nations as unequal

They rank nations by worth, placing theirs on top

They insist on the excellence of their own nations, they emphasise its history as particularly glorious, they include allusions to its past in their political discourse

He found that a majority of their voters are working-class

Firstly, the existence of economic anxiety due to large-scale immigration of coloured people is perceived as a threat to jobs and welfare of the working class

Secondly, cultural anxiety due to immigrants and liberals instils a fear of a new culture replacing an older one that such people hold so dear

Lastly, alienation from political discourse due to the weakening of trade unions is also a factor which makes the working class feel disenfranchised

He finds that in all cases, cultural questions of identity were more important to this proletarian electorate than economic questions of resources

Another interesting finding was that, contrary to the general assumption, the popularity of these parties was not linked to high rates of unemployment

Admittedly, while low levels of education generally skewed voters to the far-right, outliers also existed, for instance, in Switzerland where the electorate of the right-wing populist party consisted of middle and upper classes too

In some countries, the primary factor that led to the rise of these parties was rapid modernisation and quick transformation of their social structures without sufficient democratisation of the middle classes while in others, a weak political elite and fragmented middle-class parties paved their way

Conversely, Hagtvet quotes the example of Lebensraum in 1930s Germany, and in Italy, where re-establishment of old glorious empires spurred fascism

In England, the National Front lost its steam when Margaret Thatcher echoed some of its talking points

Inequality, she stresses, diminished support among eastern-Europeans for liberal democracy

Disillusioned with the liberal political elite and living in a society not sufficiently democratised, they turned to right-wing parties

Still, by and large, this agrees with Hagtvet’s observation and is also affirmed by Wodak et al

(2013) where Hungary’s Jobbik is given as an example

Moving on from Europe to South America, we have Brazilian Jair Bolsonaro’s rise alongside the demise of the Brazilian Left

Here again, we see mass disillusionment with the political elite amongst the working and middle classes after the 2016 recession and the massive political corruption scandal

The United States elected the populist Trump, a move celebrated wildly by the American far-right

After 9/11, the far right in America has always felt emboldened

Increasingly, radicalised right-wing radio hosts and audiences reinforced each other, which spilled over to Fox News’ hosts and eventually politicians over time

It must be noted that while Trump’s Republican party is not a far-right party, his victory underlines how a sizeable percentage of the conservative electorate has been radicalised

For this reason, many far-right parties have over time adopted a moderate outlook to appeal to a broader audience

Indeed, their pull is so strong on centrist voters that Merkel and Cameron were forced to denounce multiculturalism (in rhetoric) at the start of the previous decade whereas France’s Sarkozy enacted the Burqa Ban

We must also discuss Turkey’s Erdogan and his electorate

However, they are quick to note that Erdogan’s AKP is center-right and not far-right

While populist, his party too attracts a broad electorate in sharp contrast to Tehreek-e-Labbaik Pakistan, a new far-right religious political party seeking to preserve certain Islamic laws in Pakistan

21% of the popular vote despite its extremely narrow election manifesto

As Ayesha Jalal notes, the Hindutwa radicalisation has a sociological basis

Anger at the Muslims for the partition of their religious motherland or ‘Bharat Mata’ in 1947, the anger at secularists at the imposition of the Hindu Code Bills in the 1950s and the general deterioration of the economy in the 1970s all led to the recruitment of radicalised, unemployed youth by the Bhartiya Janta Party or BJP who showed them targeted means of expressing their anger on the minorities

What is the solution to the resurgent far-right and how can we prevent further radicalisation of the conservative electorate? While it is tempting to present widespread education and re-distributive reforms as a counter, it must be noted that the anger at immigrants and fear of cultural dilution is not found in the far-right alone

In fact, even among anti-immigrant parties, there exist the notable examples of Geert Wilders and Pim Fortuyn who combine their opposition to multiculturalism with libertarian values regarding the concepts of family, gender and sexuality

Not surprisingly, recently, the full-face veil was banned in Holland even though a very miniscule percentage of women wear it

In Denmark, for up to 25 hours per week, immigrant children are separated from their parents for ‘education in Danish values

’ The solution does not lie with social media ‘woke-ness’ either

As this analysis of the latest electoral defeat of the Labour Party in Britain by the journalist Helen Lewis showed, internet vigilantism leads to tribalism and needless polarisation hampering genuine engagement with disenfranchised voters

Indeed, it is very hard to wean people away from the far-right when entire electorates constituting millions of people are placed in neat boxes titled ‘bigots,’ ‘racists’ and ‘nazis

’ Not every conservative is a racist, just as not all voters of Modi’s BJP were Hindu, seeing as how eight percent of his electorate was Muslim

The most pragmatic way forward, it seems, is to come to a compromise with regards to the cultural war among conservatives and progressives and move forward with a increased degree of acceptance of each other’s ideals

Otherwise, there is a risk of losing a major chunk of the conservative electorate to far-right extremism which will not bode well for minorities the world over