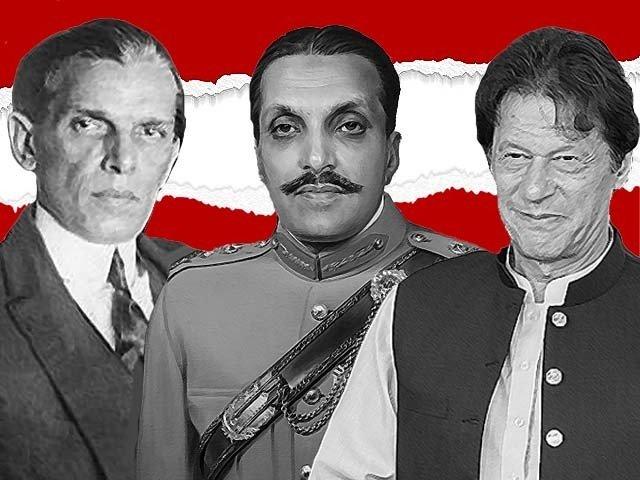 One could argue that Pakistan is not suffering from symptoms of hyper nationalism and pan-Islamism, at least, not to the extent of its neighbour India where the ideology of Hinduvta is coursing through a large section of the Indian society

However, Pakistan’s make-up, at its very core, is overwhelmingly religious

Even though it is a South Asian state which was carved out of India, it appears Pakistan is obsessed with finding a way to link itself with the Middle East in order to align itself with Islamic history, which ironically will only further its historical amnesia

Pakistan’s constitutional history has experienced a number of aberrations and therefore, has been drafted and implemented thrice

In 1985, due to Zia’s rampant Islamisation, it was introduced as Article 2 and Article 2A through the eighth amendment which made it an integral part of the constitution

However, Pakistan’s movement towards becoming an overzealous religious society can be traced back to pre-partition times

In her book The Promise of Power: The Origins of Democracy in India and Autocracy in Pakistan Maya Tudor points out some very basic reasons for the difference between political setups that governed the two states post partition

Firstly, there was a difference in the types of social classes that were leading the political parties and by extension, the two countries at the time

In Pakistan’s case, it was the Muslim land-owner aristocracy and peasants who led the freedom struggle

In Congress’s case, it was the educated urban middle class who motivated the less affluent members of society against the British Raj

The second factor that influenced the nature of Pakistan as a state was the strength of the dominant political parties and consequentially, the interests they represented

In India’s case, Congress was the one with the majority, but it wasn’t the only political party in existence and therefore, different and diverging class interests were represented

In this regard, the third aspect that influenced constitutional formulation in Pakistan was the alliances formed by the Muslim League

As discussed in the previous points, the Muslim League primarily consisted of Nawabs or rather, aristocrats

An attempt to bridge this gap was made through religion and so, the clergy was given greater importance and a more visible role in politics

Ultimately, it led to the formal creation of an Islamic republic and arguably, a discriminatory constitution

Pakistan has had three constitutions; one issued in 1956, another in 1962 and finally, the present day 1973 constitution

The 1973 constitution is considered to be democratic by large sections of society, however, it is the very nature of the document which ironically contests the claims of Pakistan being a democratic state

The term secular in Urdu means ladeeniyah, that is; not to do with religion whereas, the word stands for the separation of religion and politics

The resolution starts by stating that sovereignty belongs to Allah

Throughout the rest of its text, it continues to mark the case for Islam to be the state religion, for instance, by stating that, “the principles of democracy, freedom, equality, tolerance and social justice as enunciated by Islam shall be fully observed

” The resolution, when put forward by Liaquat Ali Khan, was vehemently opposed by the non-Muslim members of the parliament

However, this proposal was vetoed by Liaquat Ali Khan

The speech by Birat Chandra Mandal debated that in India, pundits did not force the political thinkers to use terms that promoted a particular religion and even the pre-dominantly Christian America abstains from doing the same, why was the Pakistani constitution being subjected to such a limitation? The concerns put forward by most of the minority members were regarding religious terminology

They wanted to omit words such as “enunciated by Islam,” and replace them with generalised, democratic and inclusive terms

Countless other suggestions were given and debated upon, but the Objectives Resolution 1949 of the nascent state passed without giving due credence to the wishes of its minority

Admittedly, Zia made the situation tangibly worse when he came into power

Therefore, instead of being the preamble, it became a codified portion of the document in the form of article 2A

Furthermore, the original resolution stated that, “adequate provision shall be made for the minorities to freely profess and practice their religions and develop their cultures

” Zia removed the term “freely” from the above provision, essentially signifying his intent to turn Pakistan into a constrictive environment for non-Muslims

Prior to this, one can say that the resolution was an overarching stipulation to create an Islamic society, but Zia brought the inherent deficiencies of its text to the forefront

Therefore, although Zia receives the lion share of the blame for the complete Islamisation of the nation, it can be seen that, from the very beginning, our political leardership, barring Jinnah, intended for the constitution to make democratic secular principles subservient to that of Islamic ideology and the whims of the local clergy