The sad tale of Delhi: As narrated by its bards – Part 1

Home Blog The sad tale of Delhi: As narrated by its bards – Part 1 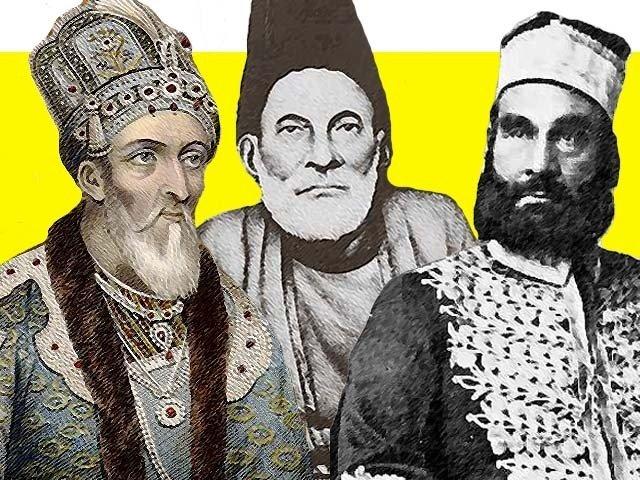 The protesters can be forgiven for forgetting that around 200 years ago, Delhi itself had a gifted plethora of Urdu poets who chronicled in verse the numerous times Delhi was invaded, sacked and looted; from the multiple invasions of Ahmed Shah Abdali to the plight of the city following India’s First War of Independence, when British recriminations against the city’s beleaguered population began

These poets were among the best and brightest of the Urdu literary firmament: Mir Taqi Mir, Bahadur Shah Zafar, Mirza Ghalib and Dagh Dehlavi

It is instructive and chastening to consider their work now (not only because today happens to be World Poetry Day), and ponder upon what they might have felt and written today upon seeing their beloved Delhi riven by bloodletting once again

Mir (1723-1810) lived through the multiple invasions of Abdali and looking at the plight of his beloved city he remarked: “You ask about the whereabouts O residents of the East Knowing us to be poor, calling us out in jest Once Delhi was a city, select in the world Where a selected few remained for purposes of livelihood Which, looted by Heaven was laid desolate We are the very residents of this territory of waste” On another occasion, Mir had cautioned: “Mir do not go to the doors of the Delhi rich Thanks to their wealth I have become a poor wretch” Bahadur Shah Zafar (1775-1862), the last Mughal king, and a competent poet in his own right, was one of the three great Urdu poets who witnessed the consequences of the defeat at the hands of the British during the War of Independence of 1857

He was stripped of his emperorhood, watched his family members get executed by the victorious British forces and eventually died in exile in Rangoon

His death ended the Mughal empire, and marked the descent of Delhi into colonial servitude

In his words: “Without home or hearth we wander and we suffer The sad tale of Delhi narrated by Zafar” Mirza Ghalib (1797-1869) was another illustrious witness to British depredations post-1857

He wrote: “An ocean of blood churns around me Alas! Were this all! The future will show What more remains for me to see” According to one anecdote, eerily reminiscent of the current climate for Muslims in Delhi, British soldiers once accosted Ghalib in a post-1857 round-up

The soldiers asked him, “Are you a Muslim?” Ghalib replied, “I am half-a-Muslim

” Watching their mystified expressions, he ventured a clarification: “I drink liquor, but do not eat pork

” Dagh Dehlavi (1831-1905), whose 115th birthday was celebrated earlier this week, lived much of his life in Delhi but chose to move south after the 1857 upheaval and its aftermath

He wrote, “Dagh move from Delhi, let us tour the Deccan The pearl was valued after it left the ocean” Dehlavi was in Delhi though when the incidents of the War of Independence began in the city

First the national armies captured the city, but they quickly proved their incompetence and soon began to conspire against one another, thus fulfilling the dreams of the traitors

The British were lying in wait

Thousands were hanged at the gallows and blown through cannons

There was neither appeal nor complaint, no difference between guilty and innocent, nor any respect for life or property

Part 2 in this series will be published tomorrow