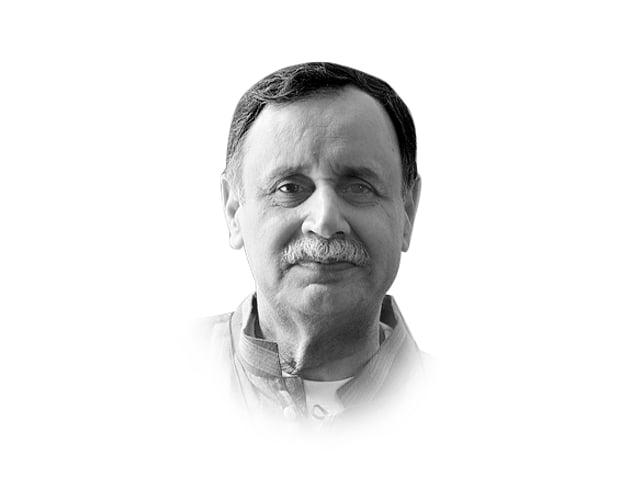 Pakistan has not run out of dollars

It has run out of ideas, imagination, consensus and common sense

Withdraw all 150,000 government vehicles from every government official

If the entire civilised world can follow this principle, why not a nation on the brink of default! Completely eliminate all fuel entitlements — ranging between 60 and 600 liters per month — for all federal and provincial ministers, parliamentarians, judges and civil and military officials

Numerous other energy conservation measures can be initiated

Close all markets at 6pm

Withdraw all air conditioners and TV sets from government offices

This could save electricity, time and energy bills worth Rs10 billion per year

Around 15,000 Afghan nationals cross from Pakistan to Afghanistan every day

Each person is legally allowed to carry $1000

Considering that many manage to smuggle far more than the authorised quota, Pakistan conveniently ends up losing $15-30 million each day

Closing down all commercial money exchange outlets, permitting exchange and transfer of forex through banks only, curtailing the authorisation for Pakistanis travelling abroad to $2000 and creating incentive schemes for efficient money transfer through banking channels instead of hundi could significantly increase availability of the dollars in Pakistan

Most of these items can be locally manufactured

A train load of 76 Ministers, Advisors, Ministers of State and Special Assistants betrays sanity and makes Pakistan poorer by Rs380 million every month

It is proposed that all types of allowances and entitlements be abolished for all government officials, and each individual must receive only a flat and transparent salary, with no hidden perks

If Pakistan is really sinking, as no doubt it is, then the salary of any government official — civil, military or judicial — must not exceed Rs400,000

Likewise pensions must be capped at Rs150,000, with absolutely no other facilities or entitlements

Any attempts at reducing expenses would remain incomplete unless all government organisations, including the armed forces, are tasked to adopt exceptional austerity measures, cut down ceremonial and non-operational expenses and voluntarily bring at least 10% reduction in their budgets

Pakistan has failed to realise and capitalise its tax collection potential

This is a disaster beyond words

In 75 years, FBR has not been able to design a simple half-page income tax form that could be filled by every citizen without paying Rs20,000 to a tax lawyer

This simple step, beyond the comprehension of FBR, could bring as many as 10% people within the tax net

Tax on agriculture, wealth, inherited or gifted property and deemed income from immovable property be immediately executed across the board

‘Non-filer’, a uniquely ridiculous concept that promotes a culture of tax avoidance, ought to be completely eliminated

Purchase of property, car registration, foreign travel, electricity bills beyond Rs10,000 per month, sending money abroad or transactions beyond Rs50,000 ought to be prohibited if an individual is a ‘non-filer’

Imagine the recklessness of a government whose annual expenditure for running its civilian federal government is Rs480 billion, but provides Rs700 billion as subsidies to its already pampered corporate sector

Rs1,000/mmbtu instead of artificially keeping it at Rs650/mmbtu and putting both Sui Southern and Sui Northern under a financial debt of over Rs1,500 billion

Every sale and purchase of property ought to be taxed at the rate of 5%, and at its correct market value

A board comprising reps from government, Union Councils, estate agents, architects and citizens in each registrar’s jurisdiction should verify and sign for the correct market value of the property