The Mao of Sindh: Remembering Hyder Bux Jatoi 50 years on 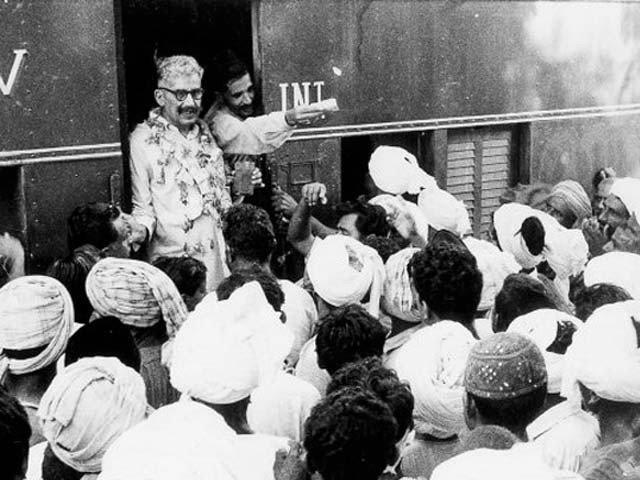 From the period of studentship to his death in 1970, Jatoi continuously fought for the attainment of social justice and against every kind of economic, political and social oppression

One of the goals which UNESCO sought to foster when it first sanctioned this day was to promote human rights and fundamental freedoms, something which Jatoi fought for all his life vis-à-vis Sindh and with regards to its peasantry

Today on the World Day for Cultural Diversity, it is imperative to remember our heroes from across the Pakistani spectrum

Like Mao, Jatoi betrayed his class and left his cushy job to take up the cause of the peasants; like Mao too he was a poet and writer committed to his land, language, people and culture, and lived for 69 years with great dignity

His dignity was drawn from the land he loved

But unlike Mao, he passed away still waiting for the dream of a socialist, sovereign and prosperous Sindh to materialise

He therefore penned a poem about Jatoi, with the simple title Hyder Bux Jatoi Re Bhayya (Hyder Bux Jatoi O Brother), which is being shared here today to mark Jatoi’s 50th death anniversary

While explaining the context of this poem in his autobiography, Jalib narrated that he had worked with Jatoi and had been assigned the duty to accompany him on his election campaign against Ayub Khoro, the iron man of Sindh in the 1954 elections

Jalib went to Larkana along with a group of students from Karachi, where he was based in those days

In the chowk at Larkana, Khoro met the group and challenged them, saying, “You student folks, what have you come here for?” Jalib recounts that he responded by screaming, “We have come to set fire to your chambers and havelis

” Upon hearing this, the police officers standing next to Khoro arrested them

That was the time when Jalib’s political poetry had begun and this particular poem was read in a meeting in Larkana, and was subsequently recited in all the rallies of the haris