Assessing the socio-economic impact of Covid-19 in Pakistan 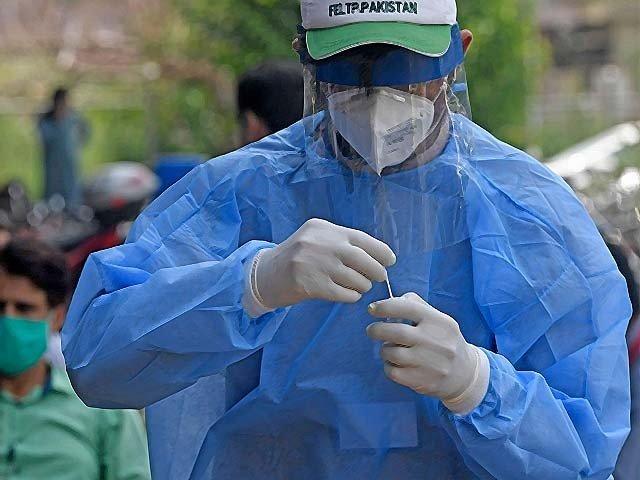 According to Pakistan Economic Survey 2019-20, the country’s real GDP growth has contracted by 0

Because of this contagion, around 56

6% of the population is considered to be socio-economically vulnerable, with the most vulnerable sects comprising of women and children

Of the nation’s total employed labour force of 61

8 million are agricultural workers while 37

3 million) are employed in the informal sector

This segment of the population is deemed the most vulnerable as well as most susceptible to the vagaries of the pandemic, and it constitutes those most at risk of losing their livelihoods

Within the informal sector, 33% workers work in wholesale and retail trade while 23% are employed in the manufacturing sector

It is expected that nearly 12

Projections reveal that of those losing employment, the highest proportion will come from workers employed in wholesale and retail trade followed by workers in manufacturing, construction and transport sectors

Undertaking a more gender specific analysis in terms of employment, women, who are already underrepresented in the labour market, are more likely to lose their jobs, thereby further reducing their proportion in the labour force participation of the country

The 12 million home-based workers (HBWs) thriving on a mere Rs 3,000-4,000 per month may also have to face a multitude of issues including limited income security as well as the complete absence of any social protection nets

Since most, if not all, health resources and personnel have been directed towards curing and attending to the needs of those affected by this deadly virus, basic health and immunisation services as a result have been overlooked

With an estimated annual birth cohort of six million children, only 66% are fully immunised

Because of adherence to lockdown restrictions, the adequate supply and delivery of vaccinations has been severely hampered

Where immunisation services are being provided, this is only being done through fixed sites and all outreach services have been strictly disbanded

This step has primarily been taken since vaccinators do not have access to adequate health gear, including PPEs

Because border closures and lockdowns have been effectively placed, agricultural value chains have been severely disrupted resulting in reduced availability of supplies such as kharif crop seeds, fertilisers and livestock feed

As a result, agricultural output produced in the upcoming months may be significantly reduced

On the nutritional front, access to food sources will be restricted and worsened by reduced consumer purchasing power

In a worst-case scenario, they may also resort to liquidating their assets which exist mainly in the form of poultry and livestock

Since the pandemic continues to spread across the country’s population and is successful in claiming an increasing number of lives each day, any measures adopted to quantify its debilitating impact must be considered conservative estimates at best

Even though the virus has highlighted the insufficiency of the obvious, that is, lack of adequate healthcare services and healthcare equipment such as PPEs and ventilators, it has also laid bare other deficiencies with regards to the country’s economic situation

Instead of relying heavily on certain exports to garner foreign income, diversification and expansion of the export base would help the country more in raising foreign revenue

Similarly, vulnerabilities inherent in the food supply chains have been unveiled and adequate steps to ensure that these food systems are strengthened can be taken in the near future

While in the short-run, the government needs to focus on reducing the spread of the pandemic, in the long run it should take steps to ensure that adequate structural reforms are adopted that help boost private investment and allow the country to achieve economic sustainability in the future