The importance of being G-B

Home Blog The importance of being G-B 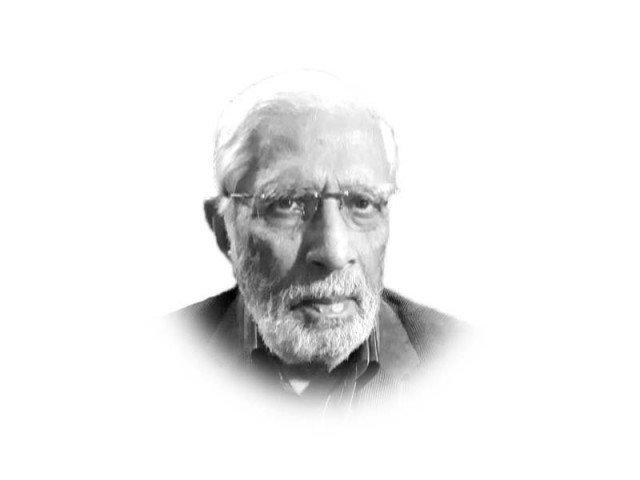 Gilgit-Baltistan (G-B) has, since the advent of the $62 billion CPEC, become too important for Pakistan in the context of both geopolitics and geo-economics to be treated as no more than an inconsequential backyard of the country

So, the earlier we merge, via an appropriate constitutional amendment, G-B into Pakistan as our fifth province the better it would be for both Pakistan and China and our mutual economic progress

But the wisdom of this move would need to be first tested against its impact, one way or the other, on our case that India had violated the relevant UN resolutions by merging Indian Occupied Kashmir (IOK) with the Indian Union

And mind you, there is no such thing as “provisional provincial status”

However, nothing can bar G-B’s people from taking in their own hands the powers to self-rule with the region’s security underwritten by Pakistan, no matter which political party or coalition of parties rules in Islamabad at any given time

As such, electing a government to rule G-B should be a matter concerning solely its people and that of the region’s election commission (EC) which should guarantee level-playing field to any political party with roots in G-B to contest the election

Gender disaggregated turnout data was not available for GBA-8 Skardu-II, GBA-9 Skardu-III, GBA-12 Shigar, GBA-13 Astore-I, GBA-15 Diamer-I, GBA-17 Diamer-III, which prevented the Election Commission of Gilgit Baltistan (ECGB) from implementing the provisions of Section 9(1) of the Elections Act, 2017 requiring re-polling in one or more polling stations or the entire constituency if female turnout is less than 10% of the total votes polled in that constituency

At places breaches of the secrecy of vote was witnessed as “stamping of ballots by others on behalf of voters, and voters registered at the polling stations turned away for various reasons despite having their NICs”

Similarly, the ECGB did not consistently ensure the provision of Form 45 (the Result of the Count) and Form 46 (the Ballot Paper Account) to all polling agents present at the polling stations during the vote counting process, which would have helped enhance the integrity of the election results management

At places presiding officers had to issue polling station results to the polling agents on plain papers under their stamps and signatures, the legality of which has yet to be established

More serious were reports that candidates and their agents were barred from ROs’ offices during the preparation of the preliminary results in at least three constituencies, and delays in the release of provisional results on Form-47 (Provisional Consolidated Statement of Results of the Count) in more than 10 constituencies

The ECGB could have released results progressively as they were received from the polling stations to ensure media reported accurate official results promptly, instead of using a parallel system to gather information and report unofficial and potentially unreliable results

This preliminary report is based on the summary observation of 436 polling stations observed in 23 constituencies, more than 37% of 1,137 polling stations — 385 male, 386 female and 402 combined